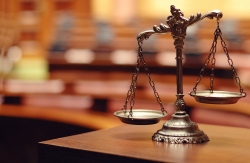 A Democrat and Republican have introduced legislation that would reform Texas grand juries and require prosecutors to share evidence that could help defendants. State Rep. Senfronia Thompson, a Democrat from Houston, and Lakeway Sen. Dawn Buckingham, a Republican, have filed similar bills in the House and Senate that they say would lead to fairer treatment of those accused of crimes. Houston white-collar defense lawyer Philip Hilder, a former federal prosecutor and founder of Hilder & Associates, P.C., agrees:

The proposed grand jury reform legislation would go a long way toward protecting the rights of citizens and promoting fairness in the criminal justice system. Currently, the old saying stands that a prosecutor ‘can get a ham sandwich indicted. If this legislation becomes law, grand jurors will be able to receive a more balanced presentation in which to evaluate whether to indict someone. The bills provide for the presentation of evidence favorable to the accused, something that is not currently mandated. Additionally, the defendant will be allowed to have an attorney present during questioning, again not currently allowed. This provision alone levels the playing field and turns a possible inquisition into a fairer proceeding. Finally, the legislation prevents prosecutors from shopping a case to a second grand jury should the initial grand jury decline to indict. This too will promote fairness by halting the practice of seeking indictment a previous grand jury finds no probable cause to indict. In sum, this is a terrific piece of legislation that would even the playing field.

For more information or to set up an interview, contact Mary Flood at 713 383-0090 or mary@androvett.com.