Mary is a 30-year veteran of newspaper reporting, a lawyer and a media relations consultant who embraces the many ways clients can reach their audience over the Internet. She enjoys helping them frame their messages in multiple ways for news media, advertising and social media campaigns.

Mary joined Androvett from the Houston Chronicle where she was a legal reporter for 10 years. She previously worked as a legal reporter for The Wall Street Journal’s Texas Journal. After graduating from Harvard Law in 1993, she practiced law at Morrison & Foerster in Washington, D.C., and did plaintiffs work in Houston before returning to journalism.

Having covered hundreds of trials and participated in some while practicing law, Mary has a unique perspective that helps clients frame litigation issues and manage crisis communications.

“The best thing a lawyer, law firm or any business can do is realize they need to compete in a marketplace where word of mouth is never enough.”

At the Houston Chronicle, Mary led the paper’s coverage of the Enron trials and appeared regularly on local and national television and on National Public Radio. The Chronicle nominated her work for a Pulitzer prize, and she’s won more than 50 awards for excellence in reporting and writing.

Mary is a frequent speaker on college campuses and at continuing legal education seminars examining the intersection between the law and the media. She also appears monthly on the Houston NPR-affiliate station show “Houston Matters” as a local “non-expert.” 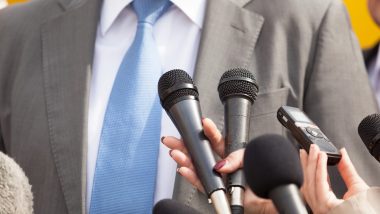 The Six Essential Rules for Lawyers Dealing with Reporters

Whether reporters are calling about a crisis or just to tap your expertise, here are the six things all lawyers should know before talking to the press.
Learn More
View All