The Top Texas Legal Stories of 2019

From the debate over migrant detention and the construction of a border wall, to the legalization of hemp and CBD products, to the upheaval of the state’s storied patent “rocket docket,” Texas was home to some of the nation’s most intriguing legal news of 2019. The year’s list of top Texas legal stories as determined by the staff of Androvett Legal Media & Marketing follows.

In his four terms in the Texas House Jonathan Stickland (R-Bedford) made a name for himself by killing even the most benign bills, while also never passing a single bill of his own. Setting new standards for ineffectiveness, Texas Monthly even created a special category, “cockroach,” just for him in its Best and Worst look at the 2019 legislative session. But there was something apparently more reviled by his fellow lawmakers – red light cameras. Rep. Stickland’s bill to outlaw cities from operating traffic cameras to catch red light runners easily passed the legislature with Gov. Greg Abbott signing it into law June 1. Having announced he will not seek reelection, the bill will stand as his lone piece of successful legislation.

The biggest health care fraud prosecution in a generation unfolded in a federal courthouse in Dallas. Nine defendants went on trial on charges they took part in a $200 million scheme that offered kickbacks to doctors to steer patients with high-reimbursement, out-of-network private insurance to the now-defunct Forest Park Medical Center for surgical procedures. Over a month-long trial, prosecutors exposed a scheme that relied on kickbacks disguised as “consulting fees” or “marketing money” that were allocated to participating physicians based on the number of patients each referred to the upscale surgical hospital. On April 9, following four days of deliberations, the jury returned seven guilty verdicts and found one person not guilty. The jury could not reach a verdict on the ninth, producing a mistrial for the defendant, who has since pleaded guilty to a misdemeanor.

8. Alex Jones Can’t Run from His Own Words

With a radio career built on provocation, it may seem Alex Jones has never heard a far-right conspiracy theory he didn’t embrace. But even in the “post-truth” era, his dogged advancement of a false flag narrative for the 2012 Sandy Hook Elementary School slaughter has him facing multiple lawsuits. The still-grieving parents sued Mr. Jones and his Austin-produced InfoWars program for intentional infliction of emotional distress as well as defamation for his outrageous claims that no children were killed and that crisis actors were used to stage the tragedy. The just-released tapes of his deposition further expose his lack of knowledge about the conspiracy he trumpeted and his unwillingness to take the lawsuits seriously. Based on his egregious performance under oath, attorneys for the families have asked the judge to hold him liable without trial.

Over the last several years there has been an almost seismic shift in the attitudes of state governments toward the use of marijuana. While most states have relaxed their laws to allow certain use and to decriminalize possession, a dozen have fully legalized marijuana. And they’ve reaped the benefits of the associated budgetary tax boost from a burgeoning new industry. Texas, however, seemed to be steadfastly opposed to any concessions. Until it wasn’t. The 86th Texas Legislature’s bill legalizing hemp included a change in the legal definition of marijuana. Cannabis with less than 0.3 percent concentration of THC is legal hemp, while anything above that threshold is illegal marijuana. As state crime labs can’t currently determine THC concentrations at the minimum threshold, many district attorneys across the state have said they won’t take new cases and the Texas Department of Public Safety no longer cites those found with misdemeanor amounts. Baby steps.

6. Waco on Pace to Rocket Past Marshall

While the name “Alan Albright” will never carry the same pop culture cachet as Chip and Joanna Gaines, over the past year he has been instrumental in shifting significant legal focus to Waco. Appointed U.S. District Judge for the Western District of Texas, Waco Division, in 2018, the former intellectual property attorney has positioned his court as a new hotspot for patent litigation, rivaling the famed “rocket docket” of Marshall’s Eastern District. Before Judge Albright’s appointment, only 10 patent litigation cases were filed in Waco in the entire history of the division. But drawing on his IP background to craft “user friendly” local rules and procedures for speedy case resolution, that total was easily eclipsed. More than 250 patent lawsuits have been filed in Waco since his appointment.

More than two years after floodwaters caused by Hurricane Harvey inundated their properties, hundreds of Houston property owners faced off against the Army Corps of Engineers in federal court over its management of the Addicks and Barker Reservoirs where their homes were built. Arguing that they had no prior warning that the reservoirs were designed to make their neighborhoods emergency watersheds, attorneys for the plaintiffs said the flooding was neither accidental nor incidental. Lawyers for the Corps argued that Harvey was an unprecedented weather event that led them to hold the water in the reservoirs to prevent catastrophic flooding of downtown Houston. On Dec. 17, the U.S. Court of Federal Claims ruled the government liable for the “taking” of their properties under the Fifth Amendment, making the homeowners eligible for compensation for damages, which total more than $1 billion. A trial will be held to determine the actual amount. 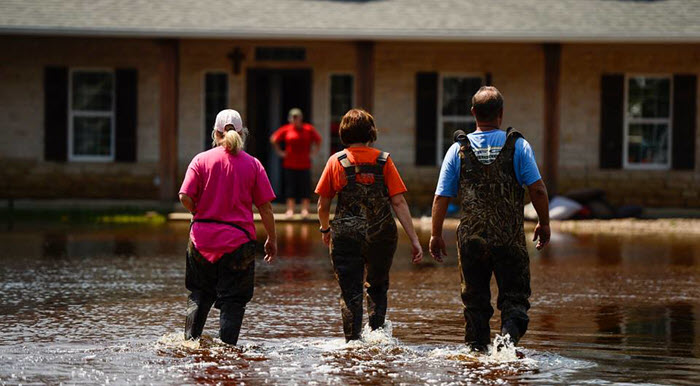 4. Tragedies Force Austin to Focus on Gun Control. Or Not.

In early August, a 21-year-old drove from his Allen home to El Paso to carry out a mass shooting that left 22 people dead and 24 injured at a WalMart. Gov. Greg Abbott immediately announced formation of the Texas Safety Commission to work toward keeping guns from “deranged individuals” and domestic terrorists. Two days after the panel’s second meeting, a West Texas man who had just lost his job went on a shooting rampage spanning the 15 miles between Midland and Odessa. Seven died and 23 were wounded. The next day, Sept. 1, eight new state laws easing restrictions on guns went into effect. On Sept. 3, the House Select Committee on Mass Violence Prevention and Community Safety was formed to study and recommend solutions to help prevent mass gun violence. But Gov. Abbott resisted calls for an emergency legislative session on the matter.

3. Chaos Along the Border

In February, President Trump declared a national emergency along the Mexican border, seeking to trigger the diversion of billions of dollars earmarked for military construction to fund his promised border wall. El Paso County and the Border Network for Human Rights filed suit, claiming the order exceeded presidential authority. This month a federal judge agreed, issuing a permanent injunction barring the funding transfer. The administration has vowed to appeal. A privately owned section of wall near Mission is being built despite court orders to halt construction. The wall is key to President Trump’s pledge to thwart illegal border crossings, however this past year, the number of migrants caught at the U.S.-Mexico border was the highest in more than a decade and double 2018 figures. That influx has included a large number of “family units” and unaccompanied minors. Despite a 2018 federal injunction that was supposed to end the policy, the controversial practice of family separations continues. 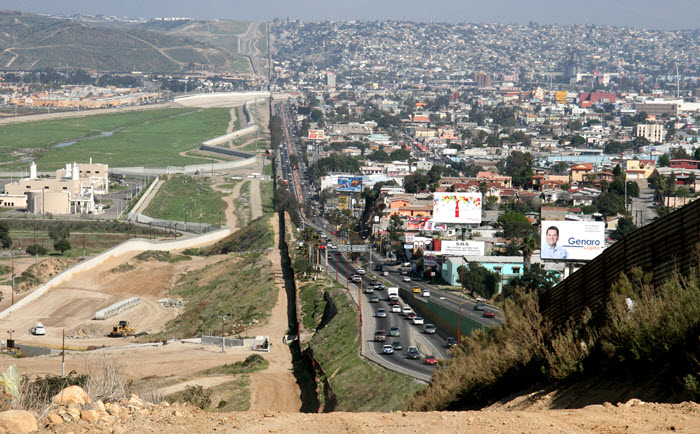 On death row for more than 20 years on a murder conviction, the scheduled Nov. 20 execution of Rodney Reed became a cause célèbre for lawyers, reporters and supporters. Convicted of the 1996 rape and murder of a woman with whom he had had a relationship, supporters pointed to a growing list of concerns with his original conviction: the possibility of withheld evidence, the lack of a DNA test on the murder weapon, the recanting of testimony by the state’s forensic experts, and mounting evidence against the victim’s then-fiancé, who was among the initial suspects. The Texas Board of Pardons and Paroles recommended the execution be delayed 120 days, but just five days before his scheduled execution date, the Texas Court of Criminal Appeals granted an indefinite stay. He is currently awaiting a hearing where new evidence will be considered.

The actions of police departments and individual officers have come under intense scrutiny over the past several years, and increasingly officers are being held criminally accountable. In October, Atatiana Jefferson was shot and killed by a Fort Worth officer called to the 28-year-old’s house by a concerned neighbor who asked officers to check on her. That former officer will face a Tarrant County grand jury in 2020. Just a few days later, a DeSoto officer shot and wounded his own son at his home, thinking he was an intruder. But it was the trial of another officer-involved shooting that dominated 2019. Amber Guyger was fresh off her shift with the Dallas Police Department when she entered what she thought was her own apartment, encountering a man who she said she thought was an intruder. Only after opening fire and killing 26-year-old Botham Jean did she realize she had entered the wrong apartment. Following an eight-day trial, Ms. Guyger was convicted of murder and sentenced to 10 years in state prison. 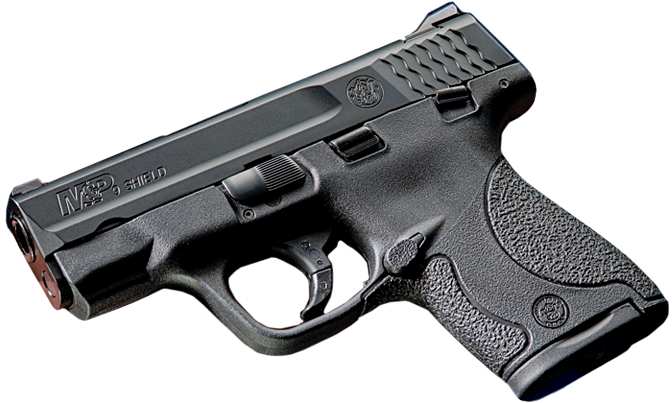 Editor’s Note: Missing from this list is arguably what many Texans would consider the biggest business deal of the decade – the purchase of the quintessentially Texas Whataburger chain by Illinois’ BDT Capital Partners. But until the new owners put “Chicago-style taquitos” on the menu, we are willing to give them the benefit of the doubt and agree to pretend that nothing has changed.