Twitter recently suspended accounts of users it said were promoting hate speech, including those with an alt-right think tank. At the same time, Facebook is struggling with whether it should exert more control over fake news that exploded over the social media site during the presidential campaign. Houston attorney Chip Babcock of Jackson Walker LLP, a prominent First Amendment authority, says the social media giants have a right to suspend accounts and control their platforms, but there are limits. The more Twitter or Facebook exercise editorial control, the more liability they will create for themselves. They’ve been able to say we don’t edit content. It’s like the supermarket with a bulletin board where individuals can post notices for babysitting services. The supermarket isn’t responsible for what somebody tacks up on the bulletin board.Also, Twitter suspending accounts is not a classic First Amendment issue because the First Amendment is directed at the government, not private business. Twitter has the right to suspend accounts. But the more any social media platform gets into editing its content, the weaker their defamation protections become. In the early days of the internet, some providers faced questions about content control. There has been some legislation since then protecting those service providers. But today, there are new questions given the tremendous power and influence of social media. 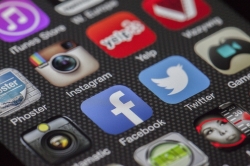