A Christian missionary and his young family have been granted religious asylum in the United States thanks to the nearly three-year pro bono efforts of lawyers in the Houston office of Sutherland Asbill & Brennan LLP. Viktor Lim, a native of Uzbekistan, had established a small Baptist congregation in Kazakhstan where he endured arrests, threats, police searches of his home and interrogation for years before being convicted of charges related to his ministry. I could not feel certain of the safety of myself or of my family,” he said through an interpreter in an interview with the Houston Chronicle.

Mr. Lim was ordered to leave Kazakhstan, although he had lived there most of his life there. Terrified at their prospects, the Lim family managed to obtain tourist visas and settle in Houston in August 2013. Sutherland attorney David Baay led the effort for asylum, saying he believed  Mr. Lim would face imprisonment on a trumped-up charge if he returned. On June 2, the U.S. government granted Mr. Lim asylum, and he and his wife and children will be eligible to apply for citizenship in a year. Mr. Lim said the whole family cried for joy when they received the good news earlier this month. This is a great day for Viktor and his family, who have been living here in limbo for almost three years, Mr. Baay says. Viktor provided credible evidence of a very real threat to his life and liberty – and that of his family – if he were denied asylum and returned to Kazakhstan.

A religious rights advocacy group says Protestant Christians are among the most targeted groups in Kazakhstan. 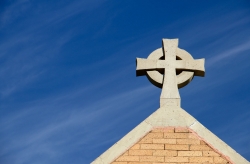