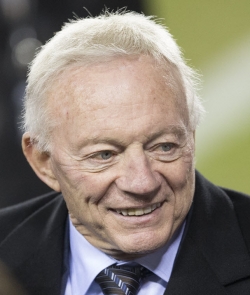 Local 100 of the United Labor Unions has filed a complaint after Dallas Cowboys owner Jerry Jones threatened to discipline players who protest during the national anthem. The labor union that represents workers in Texas, Arkansas and Louisiana alleges that Jones violated the National Labor Relations Act, which prevents employers from intimidating workers for their activities.

Jerry Jones can do what he wants, says Mr. Dunn. “Employers can control what employees say on and off the field – in and outside of the office. In other words, there is no First Amendment,  free speech rights in the workplace for people working for non-governmental entities.

Workers do have the legal right to speak out about the terms and conditions of the workplace, such as whether employees are being paid overtime, if bonuses are not fair or if the workplace is unsafe. This is called concerted action and that is the basis on which the union complaint was filed with the National Labor Relations Board (NLRB). Since this situation involves a political statement, the NLRB will likely hold that it is not concerted action.

For example, an employer fired an employee who showed up to work wearing an anti-abortion T-shirt. The employer fired this employee for political speech. The firing was legally upheld because it was not a T-shirt about working conditions.

For more information or to set up an interview, contact Sophia Reza at 800-559-4534 or sophia@androvett.com