New details found in the leaked documents known as the Panama Papers indicate the magnitude of the use of shell companies in Africa to launder money, often illegally obtained from bribes, involving the sale of oil and other natural resources. That should prompt any oil companies doing business in Africa to quickly take stock of their contracts on that continent, says Thomas Fox, a Houston consultant and lawyer who advises companies on international business and anti-bribery laws. It is imperative that any multinational company operating in Africa immediately check its contracts and payments to determine if it has been doing business with one of the shell companies listed in this most recent report, says Mr. Fox, who is editor of the FCPA Compliance and Ethics Report. If they fail to do that, those companies will be in a much worse position when they receive an inquiry from the U.S. Department of Justice or Securities and Exchange Commission.

The latest revelations were published Monday by the International Consortium of Investigative Journalists (ICIJ) in collaboration with African news organizations. “These reports indicate that Panamanian law firm Mossack Fonseca established shell corporations for people in 44 of Africa’s 54 countries to assist in oil, gas and mining deals,” says Mr. Fox. He notes that the first two waves of data published from the leaked documents came from politicians who used offshore tax havens to hide money and from U.S. citizens who used offshore tax havens to evade federal income taxes. This third round of analysis puts the spotlight on those foreign officials who needed to launder money received from bribery and corruption.

Mr. Fox, the former general counsel of an oilfield services company, has published several books on corporate compliance and the Foreign Corrupt Practices Act. He is the founder of Advanced Compliance Solutions. 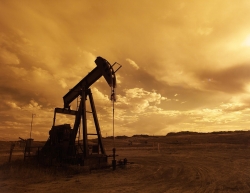