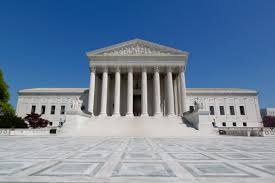 President Obama’s nomination of Merrick Garland, chief judge of the U.S. Court of Appeals for the District of Columbia, to the U.S. Supreme Court comes at a time of unprecedented turmoil within the Republican party and polarizing political debate. Dallas appellate lawyer Chad Ruback notes that the nomination of a respected jurist like Garland creates special challenges for GOP senators. Writes Ruback:
In nominating Merrick Garland for the open seat on the U.S. Supreme Court, President Obama has put Republican senators in a no-win situation. As a federal court of appeals judge, Garland has been regarded by Republicans and Democrats alike as being intelligent, hard-working, and fair. Since taking his current bench in 1997, he has left a track record of politically-moderate appellate decisions. Garland’s opinions are no more liberal than those of current Supreme Court Justice Anthony Kennedy, who was appointed by President Reagan. If Republican senators vote against Garland’s confirmation or refuse to conduct a vote at all, they will be perceived by swing voters as being obstructionist and uncompromising. This could jeopardize reelection bids for senators from all but the most conservative states and could also alienate voters who are undecided between voting Republican or Democrat in this fall’s presidential election. On the other hand, if Republican senators vote to confirm Garland, they will be perceived by the right wing of their party as being too willing to support Obama’s agenda. This could draw strong challenges to them in their next Republican primary. Thus, Republican senators will hurt themselves no matter what they do. No doubt, this was a deciding factor in President Obama’s decision to nominate Garland. This is a high-stakes game of poker. If the Senate does not confirm Garland, and Hillary Clinton or Bernie Sanders is elected president in November, neither of them will have any incentive to nominate a political moderate to fill this Supreme Court seat. While the Senate could block nominees for the handful of months remaining in Obama’s presidency, the Senate would simply be unable to block all nominees throughout a four-year presidency. So, by scuttling Garland’s nomination, Republican senators could be paving the way for a much more liberal Supreme Court justice taking the bench next year. That’s hardly the legacy that a conservative senator would want to leave. If Republican senators are holding out for a nominee who is essentially a clone of Justice Scalia, those senators are setting themselves up for a monumental disappointment. Even if Ted Cruz became president in January, he would be unlikely to find a nominee who could match Scalia’s unique ability to meld an extremely conservative philosophy with a rapport engendering political moderate justices to sign-off on his opinions.