There’s a meme going around Facebook that says, “Hug a lawyer today. They are now first responders.” The legal press has noted that at Dulles Airport recently a crowd chanted, “Thank you lawyers! Thank you lawyers!” And a national left wing magazine editorial wrote: “If you want to be a rock star in Trump’s America, go to law school.” Of course it’s not the supporters of the new president who likely feel this way. NBC News has counted 50 lawsuits filed against the new administration in just the first two weeks since the inauguration. And some lawyers will make lots of money in litigation over these and other new policies as the Trump White House reverses course on multiple regulations.These are trying times and it’s fascinating to see one of the side effects of Trump’s policies is lawyers gaining public respect and praise. They say you never like lawyers until you need one. This is likely happening because a lot of us need one right now, says Houston lawyer Philip Hilder, a former federal prosecutor and founder of Hilder & Associates P.C.

I expect there to be an enormous amount of litigation to be filed in coming weeks and months as the administration unravels protections for the environment, consumers, immigration and more. Policy changes alone are not driving the awakening of legal action, but the general perception that civil liberties and rights are being jeopardized,” Mr. Hilder said. Lawyers all know about Shakespeare’s praise for the profession in Henry VI when he had a power-hungry character say, The first thing we do, let’s kill all the lawyers” to disrupt law and order. But attorneys are more used to average folks joking about getting rid of lawyers than agreeing with Shakespeare. 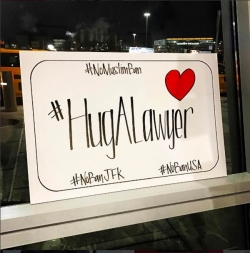