A change.org petition encouraging electors in the Electoral College to switch their votes from President-elect Donald Trump to former Secretary of State Hillary Clinton is making the rounds of the internet and gaining supporters by the minute. But ultimately, appellate lawyer Chad Ruback in Dallas doubts it will bring about a different result. 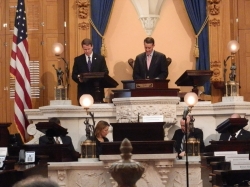