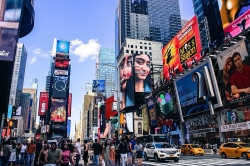 New York City recently filed a lawsuit against five of the largest oil and gas companies for their alleged contributions to climate change. BP, Chevron, ConocoPhillips, ExxonMobil and Royal Dutch Shell are named in the suit.

The companies are accused of knowing their fossil fuel products caused global warming issues and chose to ignore their own research. The complaint suggests the companies should consider paying for city property damaged by inundation, erosion and regular tidal flooding – factors attributed to climate change.

Houston energy attorney John Zavitsanos and founding partner in Ahmad, Zavitsanos, Anaipakos, Alavi & Mensing P.C., or AZA, told Hart Energy in a January 23 article that while this lawsuit may not survive summary judgment, attorneys should be ready to fight in court.

This is the kind of thing that has to get shut down quickly because if it doesn’t, then you’re talking potentially, literally every municipality in the country joining in,  Mr. Zavitsanos told Hart Energy. The one thing we know about most governmental entities is they’re always underfunded. They’re always looking for a way to increase their tax revenue without raising taxes.

It’s really easy to pick on the majors because they’re monolithic, they’re big and when crude prices are high then they make record amounts of profits so they’re very easy targets.

For more information or to set up an interview, contact Mary Flood at 800-559-4534 or mary@androvett.com.