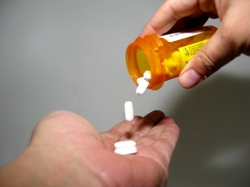 President Trump declared the opioid crisis a public health emergency, stopping short of calling it a national emergency. The announcement expands access to treat the epidemic, but doesn’t free new federal funding for cities and states to use.

I commend the president for using his platform to highlight the epidemic of opioid abuse in America, said Mr. Simon. Opioid addiction is a disease rather than a character flaw, and the president’s effort to draw this distinction is welcome. But the financial costs of successfully treating opioid addiction are substantial, as are the costs of effective educational programs to stem the epidemic. I remain hopeful that our federal government will devote the financial resources necessary to combat this health crisis, but that remains to be seen.

I contend that the second essential step to addressing any problem, after acknowledging its existence, is to identify the source of the problem. Our Texas county governments, which pay high costs to combat the opioid abuse epidemic in their communities, are doing this very thing. They are fighting back. Counties we represent, such as Bowie County and Upshur County, have filed lawsuits against drug manufacturers and wholesale distributors for the purpose of holding them financially accountable for their roles in promoting and selling so many of these addictive drugs.

On behalf of their citizens, these county governments are confronting the opioid abuse epidemic in their communities. We are proud and privileged to serve Texas counties as legal counsel in this fight.

For more information or to set up an interview, contact Sophia Reza at 800-559-4534 or sophia@androvett.com.