Christopher Correa, the former scouting director for the St. Louis Cardinals, was sentenced in federal court this afternoon to 46 months in prison for hacking into the computer system of the Houston Astros. The sentence reflects that the court felt this was a serious offense against society, not just the Astros, said former Houston federal prosecutor Philip Hilder of Hilder & Associates. “The stiff sentence was anticipated because it sends a strong signal to others. Mr. Correa pleaded guilty to gaining unauthorized access to the Astros’ computer database. In court he read a letter apologizing for what he had done.
The Houston Chronicle wrote that federal prosecutors set the amount of damages at $1.7 million. The paper reported that Mr. Correa said during his January guilty plea hearing that “he suspected the Astros were in possession of Cardinals proprietary information and believes he found such information in the Astros’ system. The Astros subsequently refuted that allegation.
For more information please contact Mary Flood at 713-383-0090 or mary@androvett.com 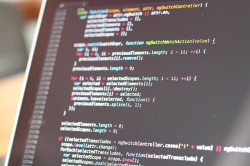