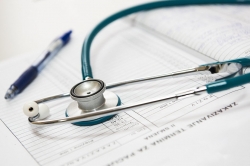 An East Texas hospital has been hit with a $43 million verdict after jurors unanimously agreed the facility was grossly negligent in its retention and supervision of a doctor on probation whose improper care led to a patient’s complete loss of his quality of life and ability to provide for his family. The jury found that Tyler-based East Texas Medical Center had put patients in extreme risk by continuing to allow Dr. Gary Boyd to perform surgeries after he was placed on probation with the Texas Medical Board.

According to testimony, Dr. Boyd erroneously diagnosed a 61-year-old patient with an anatomical abnormality, which he said would make it impossible to surgically remove the man’s gallstones. The delay in treatment caused serious medical complications that necessitated a liver transplant.

Hospitals have a supreme duty to provide safe and effective care to patients, and that duty must come before everything else, said Martin Walker PC attorney Reid Martin, who along with name partner Jack Walker and attorney Marisa Schouten represented the patient. “By allowing a dangerous doctor who had lost his hospital privileges to continue to treat patients, this was a tragedy waiting to happen.

The $43 million verdict included $25 million in punitive damages after jurors agreed that the hospital’s conduct involved an extreme risk of potential harm to others.