The Dallas Women Lawyers Association (DWLA) will honor Chief District Judge Barbara M.G. Lynn of the Northern District of Texas, during a reception Tuesday, June 28 at the Belo Mansion starting at 5:30 p.m. On May 1, Judge Lynn became the first woman to attain the position of Chief Judge of the Northern District, which includes the city of Dallas. She succeeds former Chief District Judge Jorge Solis. The DWLA’s mission is to elevate the status of women lawyers, and we are thrilled to honor our first Louise B. Raggio recipient, the one and only Chief District Judge Lynn, says Angela Zambrano, president of the DWLA. She is the epitome of what women lawyers should aspire to be, someone who has opened countless doors for women in the legal profession, and a mentor and friend to all lawyers.

Judge Patrick Higginbotham of the 5th U.S. Circuit Court of Appeals recently told The Dallas Morning News that Judge Lynn was an “inspiration to all of us, but especially to young women lawyers. Nominated by President Bill Clinton, Judge Lynn joined the federal bench in 2000. Before that, she was a civil trial lawyer at Carrington Coleman Sloman & Blumenthal in Dallas. Judge Lynn has received numerous awards throughout her career, including the Louise B. Raggio Award from the Dallas Women Lawyers Association. A year before her appointment as judge, the National Law Journal named her one of the most influential women attorneys in the country, and in 2010, the International Women’s Forum honored her with the Women Who Make a Difference Award. 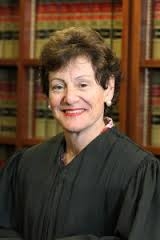