A federal judge in Dallas yesterday cleared the way for a September trial in the ongoing multidistrict litigation against DePuy Orthopaedics Inc., a subsidiary of Johnson & Johnson (NYSE: JNJ), over various medical problems surrounding the company’s Pinnacle metal-on-metal hip implants. Judge Ed Kinkeade of the U.S. District Court for the Northern District of Texas is presiding over the many hip implant lawsuits filed by patients from across the U.S. The first trial in the multidistrict litigation ended in 2014 with a verdict in favor of DePuy, but noted attorney Mark Lanier of The Lanier Law Firm and other lawyers won a $500 million verdict against the company in March for five hip implant victims. DePuy responded by appealing the verdict and requesting that the next trial be postponed. This ruling ensures that our clients will get their day in court despite the defendants’ attempt to delay justice, Mr. Lanier says. We look forward to proving once again that DePuy’s Pinnacle hip implants don’t work and instead cause innocent patients to experience horrible medical problems that often take years to correct. DePuy has never recalled the Pinnacle hip implants that will be the focus of the upcoming trial, although the company did recall other metal-on-metal hip implants that were sold under the ASR brand name. Approximately 35,000 patients received the now-recalled ASR devices, which required more than 10 percent of patients to have painful revision surgery.

For more information, please contact Bruce Vincent at 800-559-4534 or bruce@androvett.com. 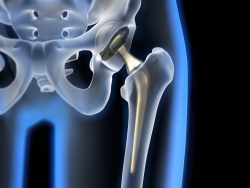