A Dallas man who has worked in the airline industry for more than 35 years and the company he founded are suing his former employer, Pratt & Whitney, and others based on claims that they secretly and illegally excluded the man and his company from a multimillion-dollar deal based on “fraud, manipulation and greed. Attorneys Darren Nicholson and Mark Torian, both shareholders in Dallas’ Sayles Werbner, represent Robert Hogan and his company, AerReach Aero Space Solutions. In the lawsuit, Mr. Hogan says was led to believe AerReach would benefit from a $500 million deal he helped develop only to later discover that his so-called business partners were working behind his back to make sure he got nothing. Bob Hogan knows more about the airline industry than perhaps anybody, and the defendants knew this when they brought him in under false pretenses before working in the shadows to illegally shut him out of millions of dollars, says Mr. Nicholson. It really turns your stomach when you see some of the text messages and emails that Bob received and compare those to what actually happened. Mr. Hogan worked as an executive for airplane parts manufacturer Pratt & Whitney in Dallas for many years before retiring in 2012. The company is a subsidiary of aircraft manufacturer United Technologies Corp. Mr. Hogan created Pratt & Whitney’s blueprint for inventory management agreements, which allow customers to buy airline engines and other aviation equipment under consignment before being resold. The lawsuit includes details about how Mr. Hogan became business partners with an Oklahoma lawyer and a Connecticut entrepreneur to do work with Pratt & Whitney after his retirement. While working on a proposal for the $500 million deal, he learned that Pratt & Whitney had completed the transaction with another company. However, according to Mr. Hogan, he later learned that the other company actually was owned by his business partners, who apparently formed the company so they could shut him out of the deal while relying on his valuable airline industry expertise.

The lawsuit includes various claims against Pratt & Whitney and the other defendants, including allegations of fraud, breach of partnership agreement, breach of fiduciary duty, civil conspiracy, and tortious interference, among others.

For more information about the case, please contact Bruce Vincent at 800-559-4534 or bruce@androvett.com. 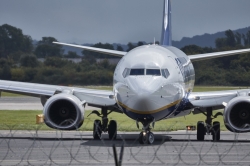