Can a lawyer search the social media accounts of prospective jurors before a trial?
The American Bar Association says such practices are ethical, but some courts have said no. Late last week a judge in a California federal case pitting Oracle against Google found a possible middle ground. The judge ruled that attorneys could search social media pages, but only after advance notice, offering potential jurors a chance to change their online privacy settings.

But attorney Britta Stanton at the Dallas law firm of Lynn Pinker Cox & Hurst notes that courts may or may not ask permission or give you a chance to change your privacy settings before attorneys look at them. The bottom line is, just as most anyone can look at what you post publicly on social media, when you’re called to report for jury duty the lawyers asking you questions might be researching your online persona, she says. If you don’t like it you should change your privacy settings before showing up at the courthouse, even if just temporarily. In 2014, the ABA said that reviewing a juror’s social media is just as acceptable as driving down the street where the person lives. Ms. Stanton notes that most groups that have looked into the issue agree that a lawyer should not “friend” you to find out more information. But she says lawyers also know that reviewing a juror’s social media habits can reveal inconsistencies in testimony or even a violation of court rules against discussing a case online, which can lead to a mistrial or a conviction being overturned.

To interview Ms. Stanton on these and other jury issues, please contact Barry Pound at 800-559-4534 or barry@androvett.com. 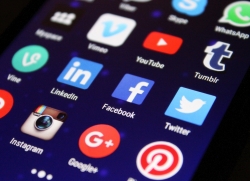