Can Pokémon Go Land You in Court?

The international furor over the online game Pokémon Go has sent countless children and adults scurrying through neighborhoods, parks and unfamiliar areas in pursuit of virtual game characters found only online. While Pokémon Go is being credited for encouraging more public conversation and promoting regular physical exercise, Dallas attorney Rogge Dunn says there are many ways that a Pokémon pursuit can land a player at the courthouse or, worse, the jailhouse. Although Pokémon Go manufacturer Nintendo requires players to accept terms of service that prevent them from taking the company to court unless they send an opt-out notice, he says there are no such free passes for those who play the game.

While Pokémon Go may blur the line between fantasy and reality, there are real legal consequences if you step outside the law as a player,” Mr. Dunn says. “If you park your car in the street, expect a parking ticket. If you’re trespassing on someone’s property, expect to get arrested. If you cause a wreck while speeding toward a popular Pokémon location, you better be prepared for jail. An adjunct professor in Southern Methodist University’s MBA program, Mr. Dunn notes one case from his classroom where a radio station promotion was blamed for causing a serious car crash after urging listeners to show up at a particular location. The same scenario played out in Fort Worth roughly 20 years ago when a disc jockey at a country radio station claimed he’d used $5 and $10 bills as bookmarks in the fiction section at the public library. News reports detailed how people overran the library in search of the money, damaging thousands of books in the process. A lot of adults are being very smart about playing Pokémon Go with their children so they can make sure everyone is safe. But there are just as many instances where kids and grown-ups alike are going into unsafe areas or entering strangers’ properties, says Mr. Dunn. “Particularly in states like ours where a lot of people have guns in their homes, I fear that a Pokémon Go player may end up being shot or killed before a homeowner realizes that they’re simply playing a video game. If that happens, you can expect both our criminal courts and civil courts will get involved. 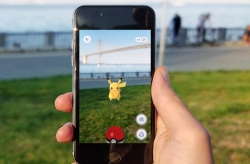