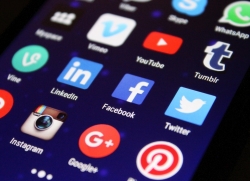 Plano attorney Jason Van Dyke was all set to begin a new chapter of his legal career as an assistant district attorney in Victoria County. So he was startled to receive notice that the District Attorney’s office had rescinded its job offer with no explanation. Mr. Van Dyke speculates the reversal could be related to media coverage of a Twitter exchange he had involving a case he was working on in 2014. He has since filed suit seeking answers from Victoria County, and Dallas labor and employment attorney Leiza Dolghih of Godwin Bowman & Martinez says this is a cautionary tale for both employers and job-seekers.

Many employers these days Google prospective hires and look them up on social media for any evidence of red flags that indicate that the applicant may be violent, unethical, unstable or simply have bad judgment. These behind-the-scenes, informal background checks often result in rejection, or even withdrawal, of a job offer, she says.

While a Texas employer may reject a prospective candidate for a myriad of reasons, including social media activity, a prospective employee cannot be rejected on the basis of race, gender, religion, age or other protective categories – information that can often be gleaned from social media. If a candidate can show that a job rejection was based on information protected under employment law, there could be basis for a claim of discrimination.

However, in this case, if the employer discovered what they considered unsavory comments, or possible evidence of poor judgment or lack of self-control, after offering Mr. Van Dyke a job, the withdrawal of that offer based on the newly discovered information, would be acceptable,” says Ms. Dolghih. “While everyone has the right to speak their mind freely, that speech may result in rather harsh consequences in terms of employment.

For more information or to set up an interview, contact Rhonda Reddick at 800-559-4534 or rhonda@androvett.com.