You have the right to remain silent. Anything you say can and will be used against you in a court of law. …

For 50 years now, police officers across the United States have been reciting the so-called Miranda warning to criminal suspects before they are detained. Now, the largest legal association in the United States – the American Bar Association – is taking steps to ensure that the language in Miranda warnings is accurately translated for Spanish-speaking suspects who may not understand English. When the ABA meets this week in San Francisco for its annual convention, members will consider a proposal to adopt a uniform Spanish-language translation of the now-immortalized words from the U.S. Supreme Court’s 1966 Miranda v. Arizona ruling.

Miranda has stood the test of time and protects both defendants from self-incrimination and police officers from allegations of investigative misconduct, says Dallas lawyer John Teakell, who represents white-collar and other criminal defendants. “The ABA’s efforts to create a standard translation will go a long way toward extending these constitutional rights to everyone.

Police officers recite Miranda warnings to arrestees an estimated 900,000 times a year. In numerous cases, judges have thrown out confessions and statements of non-English speakers after determining that arresting officers did not accurately translate the language. An ABA committee looking into the issue found that the lack of a consistent Spanish translation results in “woeful” outcomes. In one 2013 ruling, an Oregon appellate judge dismissed a marijuana conviction after finding that an arresting officer did not properly convey the Miranda warning when he used a Spanish word for “free” that was incorrect in the context. The officer used the word “libre” which relates to freedom or liberty and should have used the world “gratis” which means free in terms of no cost. In other cases, arresting officers have used Spanglish or even made up words such as “silento” in an effort to give the Miranda warning. 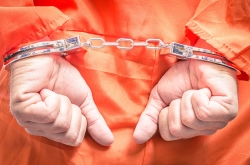