There’s no question that Texas has been affected by a number of executive orders originating in Washington, D.C., in 2017, whether they involved walls, sanctuary cities, deportations or travel bans. But in compiling our annual list of Texas’ top legal news stories we kept the focus on issues directly related to state-based businesses or stories originating in the Lone Star state. The following are the state’s top legal news stories this year as determined by the staff at Androvett Legal Media & Marketing.

Facebook CEO Mark Zuckerberg caused a stir when he came to Texas to testify in a federal trial early in 2017. Facebook subsidiary Oculus VR, a virtual reality developer, was accused of trade secret theft and related intellectual property crimes. Mr. Zuckerberg ventured far from the courtroom during his Texas trip, visiting the Fort Worth Stock Show and helping plant a community garden in Dallas – all to the delight of techie stargazers. As for the trial, a jury ordered Facebook to pay plaintiff ZeniMax Media Inc. $500 million for violating nondisclosure agreements, copyright infringement and misuse of trademarks. But the jury did not find Oculus liable for trade secret theft, and the jury award was far less than the reported $6 billion ZeniMax had sought.

The 2017 NFL season may go down among Jerry Jones’ wildest years as owner of the Dallas Cowboys. The mercurial Mr. Jones was enshrined in the Pro Football Hall of Fame in August, honored for his transformative role as a team owner. But just a week later, the league handed a six-game suspension to the team’s star running back Ezekiel Elliott, touching off a lengthy appeals process during which he continued to play for the team. The NFL and Mr. Elliott traded court wins until Mr. Elliott announced that he was dropping further appeals and would agree to the original six-game suspension. Whether he was smarting over the protracted battle over his star’s eligibility or if he was simply looking out for the “best interests” of the league, Mr. Jones threatened to sue the NFL if Commissioner Roger Goodell’s contract was extended. The threat was short-lived and the contract was extended, with Mr. Jones recording a 0-2 legal record for the year.

8. Mass Shootings Do Little to Produce Tough Gun Laws
Two mass shootings captured the nation’s attention in a two-month span: the Oct. 1 attack in Las Vegas that killed 58 and injured more than 500 at a music festival and the Nov. 5 slaying of 25 and the wounding of 20 members of the First Baptist Church in Sutherland Springs, Texas. In the Las Vegas shooting, the gunman in a high-rise hotel used semiautomatic rifles, outfitted with Moran,Texas-manufactured bump stocks, devices that help mimic the action of a fully automatic gun. The manufacturer temporarily halted sales, but the ATF continues to look at potential regulations. Following the Sutherland Springs massacre, Texas Sen. John Cornyn helped produce a bipartisan bill designed to tighten federal background checks for gun sales. But that tougher measure has been rolled into a House bill which would allow concealed carry license holders to take handguns into states with strict gun laws, a measure backed by the National Rifle Association.

7. Speaker Straus Wins Bathroom Battle, But Tires of the Fight
On July 21, after months of uncertainty and nearly 10 hours of often emotional testimony, a Texas Senate committee signed off on Senate Bill 3, the so-called “Bathroom Bill.” Backed by the Tea Party and religious conservatives, it requires people in public schools and government buildings to use the bathroom that matches the sex listed on their birth certificates. It was hailed as an important victory for Senate Republicans led by Lt. Gov. Dan Patrick, who argued it was a public safety issue. But major corporations warned it would harm business investment in Texas. Despite passing the Senate, House Speaker Joe Straus, a moderate Republican, never brought up the bill for debate, effectively killing it. That made him a target for the state’s most conservative legislators, who vowed to challenge his rule of the State House. Mr. Straus removed that option, announcing his retirement in October after five terms as speaker. He vowed to “work for a Republican Party that tries to bring Texans together instead of pulling us apart.”

6. Harris County Fights ‘Debtors Prison’ Allegations
Bail is vital to the U.S. judicial system. It allows people awaiting trial to avoid weeks or months in jail. The bail bond, designed to ensure the defendant returns to court, is refunded after all appearances are completed. It is a simple system – for those who can afford it. Last year, indigent misdemeanor defendants sued Harris County, claiming it was in effect running a debtors’ prison, setting unaffordable bail amounts for minor crimes alleged against the poor. In April, a judge ruled the county’s bail practices were unconstitutional because they were “de facto detention orders against those financially unable to pay.” Harris County has appealed, and smaller Texas counties with similar practices are anxiously awaiting a final ruling.

With growing scrutiny of the personal lives of lawmakers, reports of sexual improprieties have almost become routine. But up until an anonymous Twitter feed shared a most-intimate photo of Rep. Joe Barton, Texas legislators had not been accused of any indecencies. Mr. Barton has claimed the photo was originally sent to a woman during the course of their consensual relationship. Although its release could violate Texas’ 2-year-old law banning acts of “revenge porn,” his admission of “sexual immorality” brought a decisive end to his political career. A week after the photo surfaced, the longest-serving member of the Texas House delegation announced he would not seek re-election to an 18th term.

4. Opposition to AT&T, Time Warner Merger
Until 2017, federal regulators had a 50-year history of prioritizing consumer benefits when approving vertical mergers such as Dallas-based AT&T’s proposed $85 billion acquisition of Time Warner. However, the old regulatory regime has dramatically changed under President Trump. First announced near the end of 2016, scrutiny of the mega-merger hit critical mass in the fall when the U.S. Department of Justice sued AT&T to block final regulatory approval of the merger, citing concerns that the deal could hurt competing content providers. The trial to decide the fate of the merger is scheduled for March 19. The outcome could set the trajectory for similarly positioned mergers, most notably CVS Health Corp.’s $69 billion acquisition of Aetna Inc., announced on Dec. 4.

3. Feds Fail to Convict Dallas County Commissioner
Accusations of public corruption have been the undoing of countless political figures who find defending themselves against formal federal charges to be a mostly impossible task. But few are John Wiley Price. The subject of federal investigations since 2005, the longtime Dallas County commissioner was indicted in 2014 on 11 counts of bribery, conspiracy to defraud the IRS, mail and tax fraud. Also included were charges of taking nearly $1 million in bribes in the form of cash, cars and real estate. The case finally made it to a Dallas federal jury in February, but almost immediately cracks began to form and it was disclosed that prosecutors failed to turn over evidence to the defense on multiple occasions. When the case finally went to the jury, days passed without a verdict. Finally, on the eighth day of deliberations, the jury returned with an acquittal on seven counts. They could not come to a decision on the remaining four and the court declared a mistrial on those counts. While the commissioner avoided a conviction – and potential jail time – he was ordered to repay nearly $500,000 in legal fees for his court-appointed attorneys. Prosecutors declined to retry Price, who continues to represent Dallas County’s District 3 on the Commissioner’s Court. 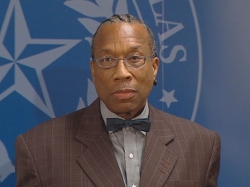 With more than 50 inches of Hurricane Harvey-produced rain inundating Houston, business and homeowner insurance claims are expected to reach $10 billion or more. Harvey also produced a flood of litigation that some observers say could be some of the most complex and costly ever against the U.S. government. Hundreds of homeowners are suing over the “inverse condemnation” of their property, after a substantial amount of water was ordered to be released by the U.S. Army Corps of Engineers. The decision was reportedly made to protect the integrity of dams at two federal reservoirs but in the process flooded residential neighborhoods. Harvey’s flooding affected another part of the justice system, too. Harris County’s busy criminal courts were swamped – literally, as 40 courtrooms, the district attorney’s office and holding cells, as well as the nearby jury assembly building were flooded, delaying cases for weeks. To help ease the backlog, plea bargains skyrocketed and plans were made to begin using the Civil Court House and Juvenile Justice Center court rooms for criminal trials, with misdemeanor cases moving to the Family Law Center.

1. Heartland Ruling Cripples Texas’ Rocket Docket
May 22, 2017, is a day that may have permanently altered the Texas legal landscape. On that day, the U.S. Supreme Court overturned nearly 30 years of federal law on where patent lawsuits must be filed. In the TC Heartland LLC v. Kraft Food Group Brands LLC, the high court clarified and narrowed the term “residence” for corporate defendants, greatly restricting the venues where plaintiffs may file patent infringement lawsuits. Most affected was the rocket docket of the U.S. Eastern District of Texas, often viewed as friendly to plaintiffs but respected on both sides of the bar for its knowledgeable judges who move cases quickly through the docket. In the past, the Eastern District was home to roughly 35 percent of all patent lawsuits. For four days after the ruling, an unwelcome silence fell over the district as no new cases were filed. For comparison, in 2016, more than six patent cases were filed each day the court was open, totaling more than 1,600. The district has not been totally shuttered, with new filings picking up steam as plaintiffs’ lawyers test the full definition of “established place of business.