RAPID CITY, S.D. – Historic photographs from the 1960s provide evidence the state of South Dakota operated a second mine beneath portions of the Black Hawk area that began to collapse in April 2020, leaving homes in the Hideaway Hills subdivision worthless.

The photos, taken by the U.S. Department of Agriculture and other agencies, contradict state claims it conducted surface mining only. They also demonstrate that the whole neighborhood may be in danger of collapse, not just the portion that has done so already.

“We have been digging to find these pictures, and what they show is the state was doing plenty of digging too – underground, in the northwest part of the subdivision” says Kathleen Barrow of Fox Rothschild, who is seeking class action status in a lawsuit on behalf of 300 homeowners against the state. “This is further proof that the state of South Dakota is responsible for the danger my clients are facing and the damage to their homes and neighborhood.” 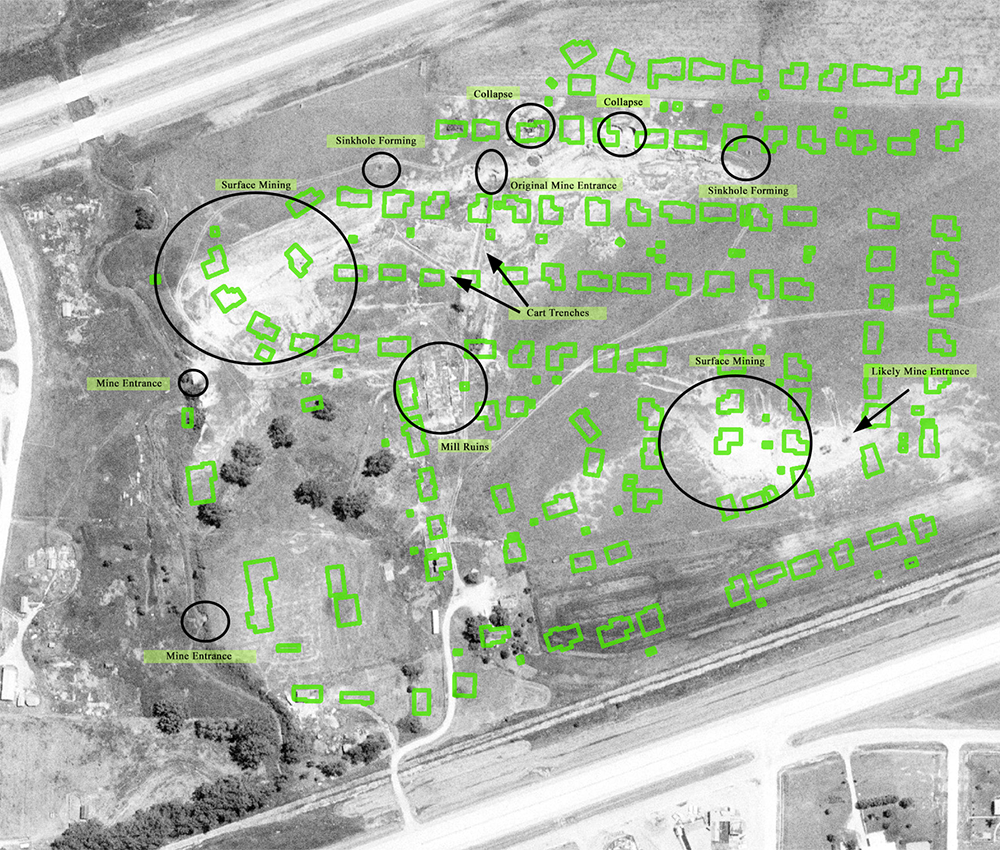 The photos show a mine entrance in the side of a cliff not far from where the state was also conducting surface mining.

“It’s pretty obvious it’s some kind of entrance to underground workings,” says Nick Anderson, a geologist in Rapid City. “What we can see in the photos matches testing we’ve done with electric conductivity and resistivity and other technology indicating voids beneath the surface.”

The photos also corroborate anecdotal evidence collected from older residents, who remember exploring the mine entrance in the northwest portion of Hideaway Hills when they were children.

For generations, the state operated gypsum mines throughout the region and still owns the subsurface and mineral rights. The lawsuit charges the state failed to properly remediate and maintain unstable land after the mining operation was shuttered in the early 1990s and surface property was sold to builders who developed Hideaway Hills. Homeowners were not informed of the hidden dangers to the land and their homes caused by the state’s mining activity and neglect, Ms. Barrow said.

Large sinkholes – collapsing mine cavities – that opened last year forced some Hideaway Hills homeowners to evacuate. Houses in the neighborhood cannot be sold as values have dropped to zero.

The state contends it is not responsible for the destruction, even though a trust fund created with revenue generated from the mining operation is now valued at over $330 million.