When storied law firm Provost Umphrey, L.L.P. came to us for help in promoting its 50th anniversary, we considered a variety of ways in which we might do it. In addition to successful results, the firm has gained a national reputation for excellent service and satisfied clients. It was that reputation that led us to an interesting approach: What if we had the people who knew the firm best — its clients — tell the 50th-anniversary story in their own words?

The resulting plan aimed to do just that. It would celebrate the firm and its history while paving the way for the next 50 years. 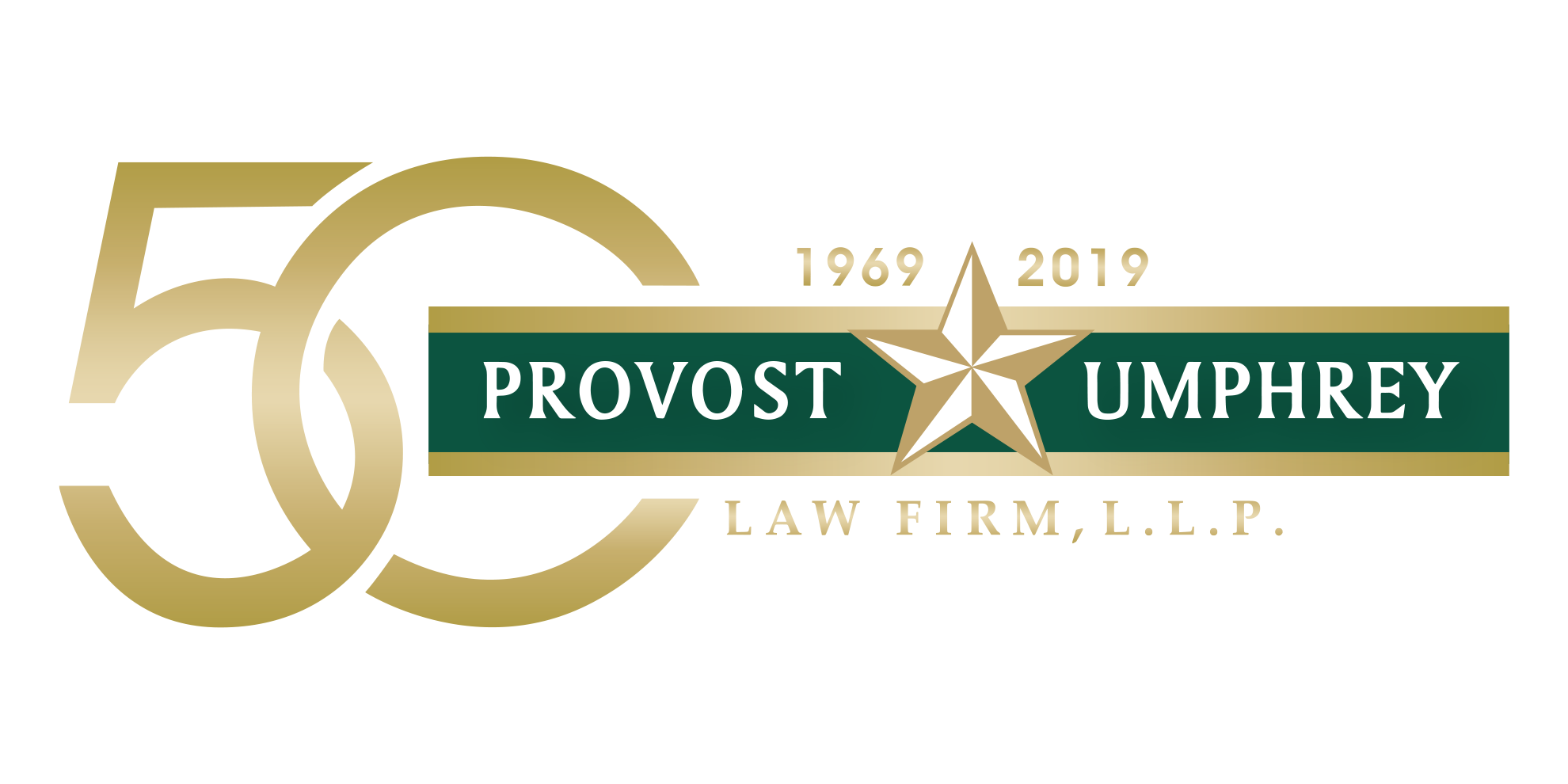 Our job was to design a campaign celebrating those who made the firm’s work possible in the first place. In doing so, the anniversary would also serve as a 50-year proof-of-performance review. It was decided that this celebration would last the entire year, using a wide range of tactics. Our first step in realizing this was to draft a thorough plan identifying our various audiences, as well as the distinct messages that would resonate with each of them. This would be our guiding light as we worked with the firm to bring its messages to life across each platform.

To kick off the campaign with the biggest impact, we developed a single-run, 30-second ad that aired locally in the Beaumont television market during Super Bowl LIV. Our goal was to bring the firm’s motto, “Hard-working lawyers for hard-working people,” to life to show the many ways in which it had taken care of those it served. What better way to accomplish that than to hear the clients’ stories in their own words? To do this, we filmed several interviews in which clients spoke from the heart about their situations and the ways in which the firm helped them find successful resolutions. In addition to the firm’s Super Bowl ad, we edited client interviews down to create 30-second commercials for television, as well as longer videos that could be used on the relevant pages on the firm’s website, social media channels and public relations materials.

The campaign’s kickoff was also accompanied by a news release announcing the firm’s milestone with additional details on the firm and its clients.

Over the course of the year, several tactics were strategically planned to get the firm’s message out and to tell its clients’ stories.

While the firm had previously used billboards in marketing, they often featured the attorneys themselves. We designed consumer-facing billboards to reinforce the theme of how the firm had been working on behalf of its clients and making their lives better for 50 years. Rather than the attorneys, we featured regular people and workers who were injured in on-the-job or vehicular accidents. In this way, we made people the face of the firm. The billboards were placed in and around locations where these individuals live and work.

Each client interview was cut into a 30-second video and placed on relevant pages throughout the firm’s website. For example, an interview featuring a client injured in a workplace accident was placed in the “On-the-Job Injuries” section of the site to demonstrate a real outcome in the context of that kind of legal work. While full, written descriptions of the work that the firm does are undoubtedly important to potential clients, in many ways, nothing is more insightful than to hear directly from someone the firm has already helped. This also communicated to the public that, regardless of their situation, they weren’t alone, and it was possible to receive the help they needed. We expanded upon these client interviews even more by authoring a series of case studies that went further in depth to each of their stories. These laid out the specifics of their cases, the challenges they met in finding resolution and how Provost Umphrey was ultimately able to help them.

The firm’s Super Bowl ad was compiled by editing clips of several client interviews.  We also edited those into 60-second videos that could be used on the firm’s website and 30-second videos to air as television commercials. 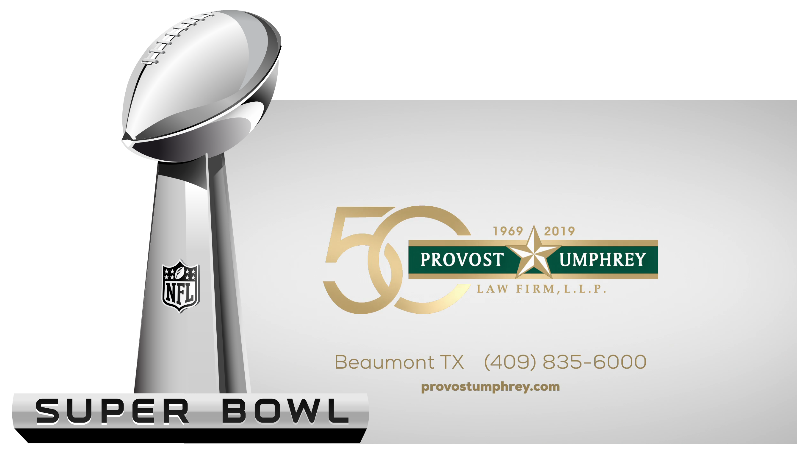 To demonstrate the firm’s expertise in core practice areas, we worked together with the firm’s attorneys to develop authored commentaries for legal publications to reach referring attorneys and provide insights on timely legal topics, such as personal injury case trends over the past 50 years and how an attorney can help where OSHA can’t. In execution and delivery, these articles helped reinforce the firm’s expertise and experience in these matters to sophisticated legal audiences. The articles were repurposed for the firm website and amplified through the firm’s social media channels and email marketing to reach additional audiences. 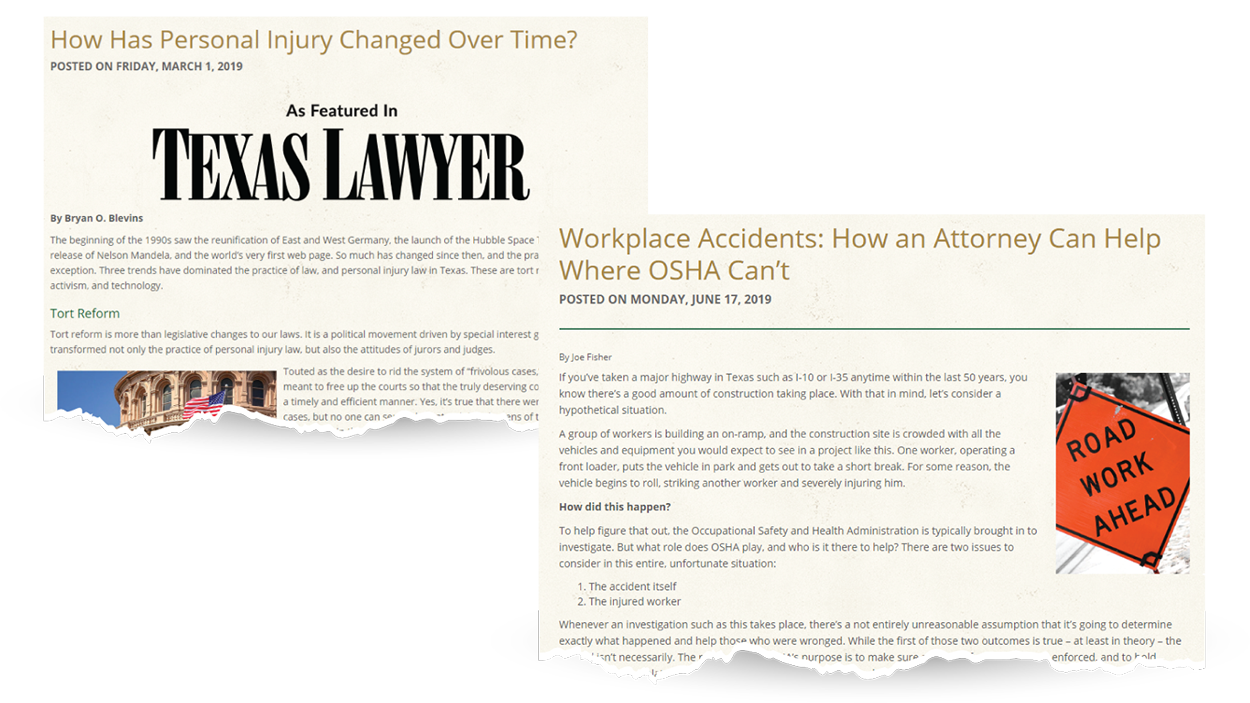 We developed a social media strategy tailored to each of the firm’s core audiences and versioned based on the specific platform used. For example, content posted to LinkedIn was aimed at referring attorneys. Facebook and Twitter posts were geared toward consumer audiences. Our purpose here was to provide content to these audiences where they were likeliest to consume it. Assets were developed, such as videos, billboards and e-announcement messaging, and editorial content was also delivered to relevant audiences through the most appropriate platforms.

We created e-announcements that, much like the material posted to social media, were developed for specific audiences. These were designed to highlight the firm’s work and experience in the personal injury space and were sent to referring attorneys. These e-announcements linked back to content on the firm’s website that discussed trends seen in personal injury law over the past 50 years, further reinforcing the firm’s abilities in these areas with meaningful content for each audience. 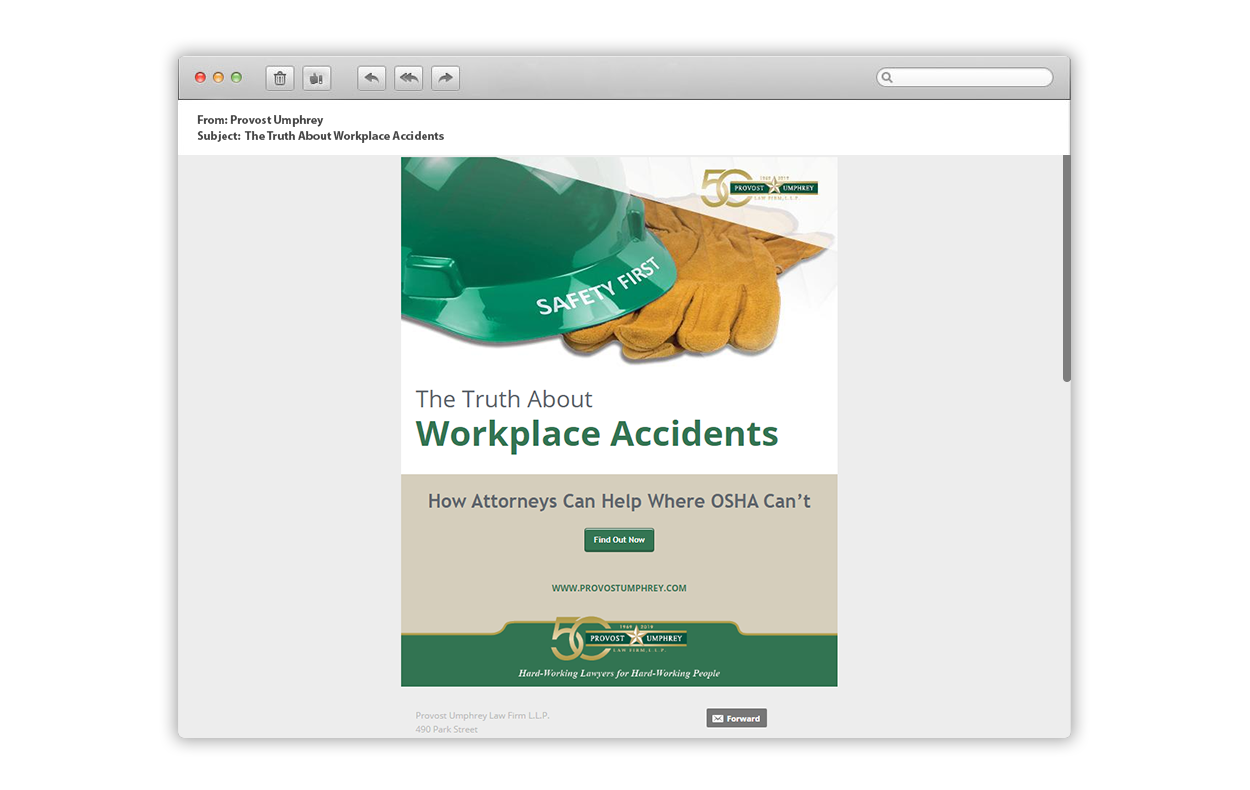 When the news release announcing the firm’s anniversary and how it would be commemorated was first distributed, we secured interest in the story from local Beaumont television stations. We prepared Sheila Umphrey, wife of now-retired firm founder Walter Umphrey, for interviews with the media to speak about the firm’s history and its upcoming plans. We drafted blog articles to go along with the firm’s testimonial videos, providing further background into the clients’ cases, as well as the relevant practice areas. Additionally, we kept in close touch with legal publications, such as Texas Lawyer, to generate interest in articles written by the firm’s attorneys. Throughout the year, certain tactics were amplified, with news releases posted to the firm’s website and shared with local press. In these ways, we were able to keep the firm and its message front and center throughout the year. 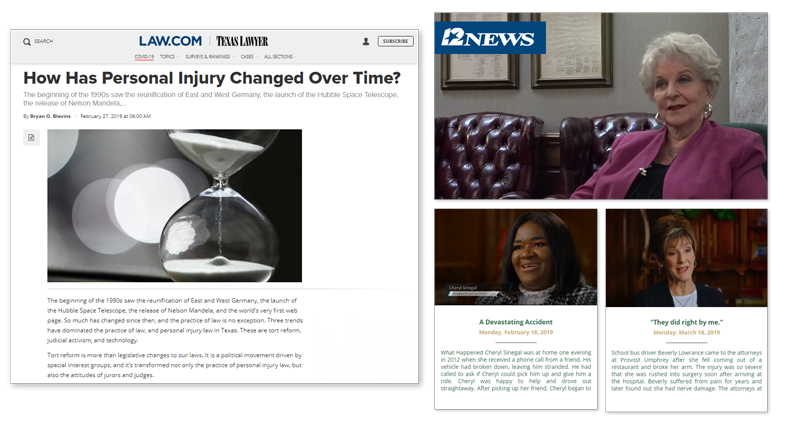 Provost Umphrey has a long and rich tradition of involvement in the Beaumont community. As part of its anniversary celebration, the firm wanted to find new ways to show its appreciation and give back to the city that, for 50 years, had allowed it to thrive. It did this in two ways. The first was focused on charity work. The firm set a goal to volunteer with 50 charities over the course of the year. These were Girls’ Haven, Meals on Wheels, CASA of Southeast Texas, Habitat for Humanity and many others.

Next, the firm made an endowment to Lamar University. Years before, the firm had made a $3 million donation to the school, along with an additional $1 million given by Walter and Sheila Umphrey, which was used to renovate the school’s football stadium. In recognition of this generosity, the stadium was renamed Provost Umphrey Stadium. On Saturday, September 7, 2019, the firm hosted a tailgating party before the Lamar University Cardinals squared off against the Mississippi Valley State Delta Devils. At halftime, an endowment check of $50,000 was presented to the university’s president, Dr. Kenneth Evans.

The firm’s donation, along with its charity work, was covered extensively by local media.

Events like a 50th anniversary don’t come around often, and Provost Umphrey was invested in using this milestone to recognize its history as it set the tone for the next 50 years. It was rewarding to watch each individual piece of the plan play a unique role in the central theme of the firm’s anniversary, as well as demonstrate the firm’s skill and expertise. Most law firms have wide and varied customer bases, and not every message will work for every audience. By carefully considering each audience and how to deliver a message based on those who would be receiving it, we were able to deliver on their goals for this milestone and celebrate the firm and their clients.